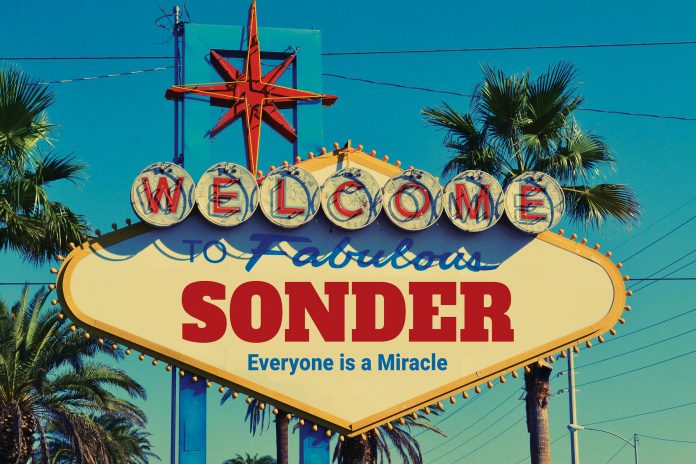 I was hastily walking out of Black Rifle last week, nitro cold-brew in hand, thinking about the fifteen things I needed to accomplish in the next hour when a man caught my attention.

Long white hair, parted down the middle and falling around the black collar of his freshly pressed suit coat, cigarette held tightly between his wrinkled lips and walking like he was wearing dumbbells for shoes.

I could tell he didn’t want to be doing whatever he was doing that day. That he was uncomfortable in a suit. That he had just washed his hair before this meeting. That the joy he got from that cigarette could only come after something wretched; a simple solace from intense displeasure.

He walked five paces behind a woman who had her life together. She was also wearing a suit, but it seemed like another day at the office for her as she led him to the front door. She seemed to speak without words as she turned around to look for him, “Hurry up old man.”

I don’t know what it was about this man that caught my attention, aside from needing to avoid them on the sidewalk to get to my car, but something about his carriage had weight to it. It felt like he was sucking in the air around him, I felt uneasy in whatever tragedy was encompassing his day. 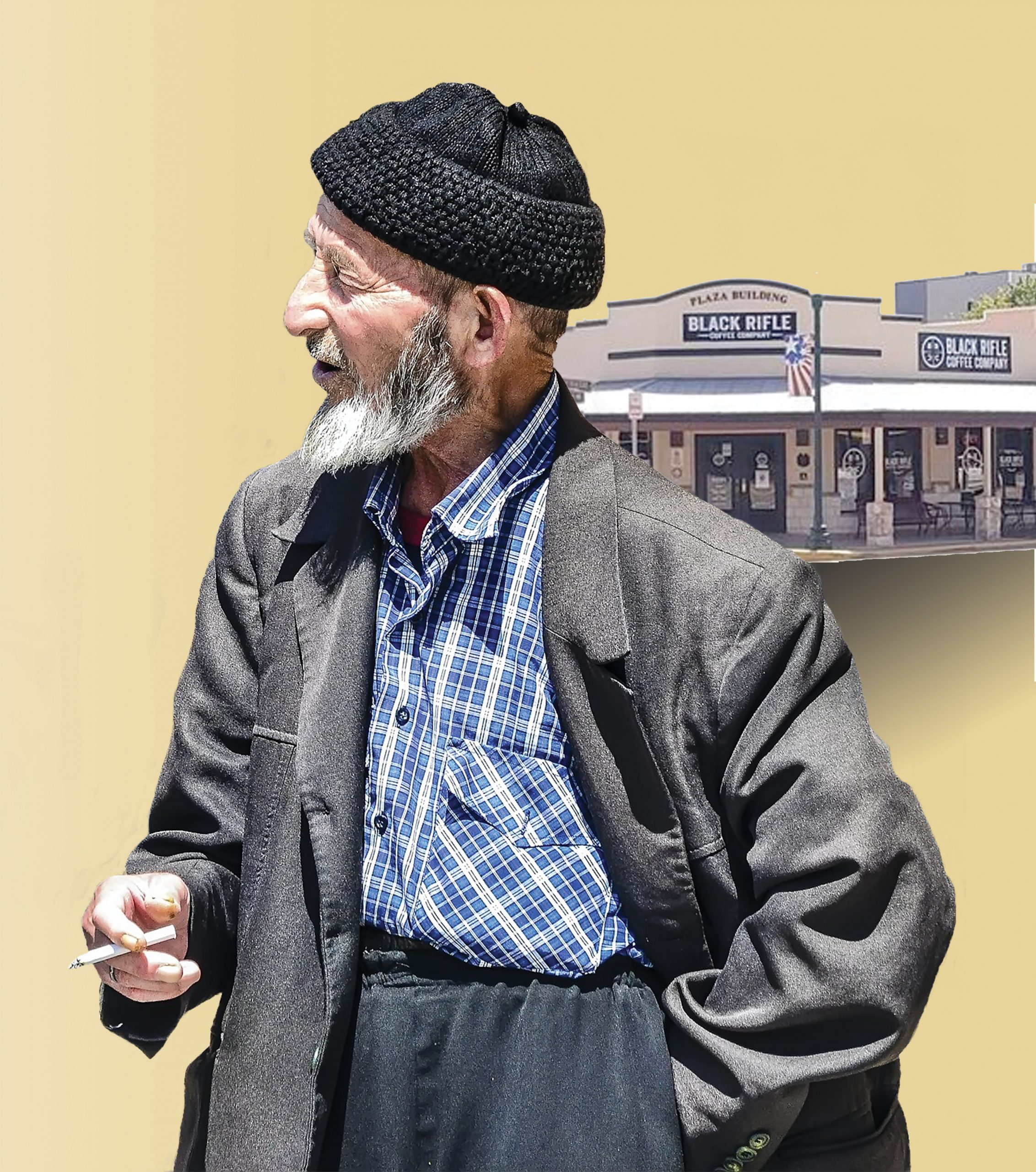 In those few seconds I experienced a lifetime. 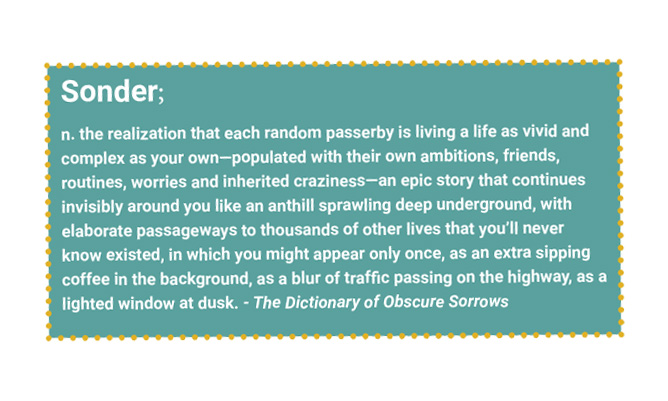 Seventy some odd years of life added up to a single moment, tripping on his uncomfortable shoes up the steps, catching himself for a deep drag on his ten thousandth cigarette, and me watching, taking in moment.

These are small seconds of bliss where I throw the reel of his life on the cutting room floor.
I imagine the old man as a baby in his mothers warm swaddle, the toddler taking his first steps on the orange shag rug in a house lined with wood panels, climbing a tree on the playground and breaking his arm trying to get down, struggling through middle school with dyslexia, having his first crush break his heart, getting a job out of high school on an assembly line and meandering his way through life from the northeast to Texas and finally show up in front of the same coffee shop as me. 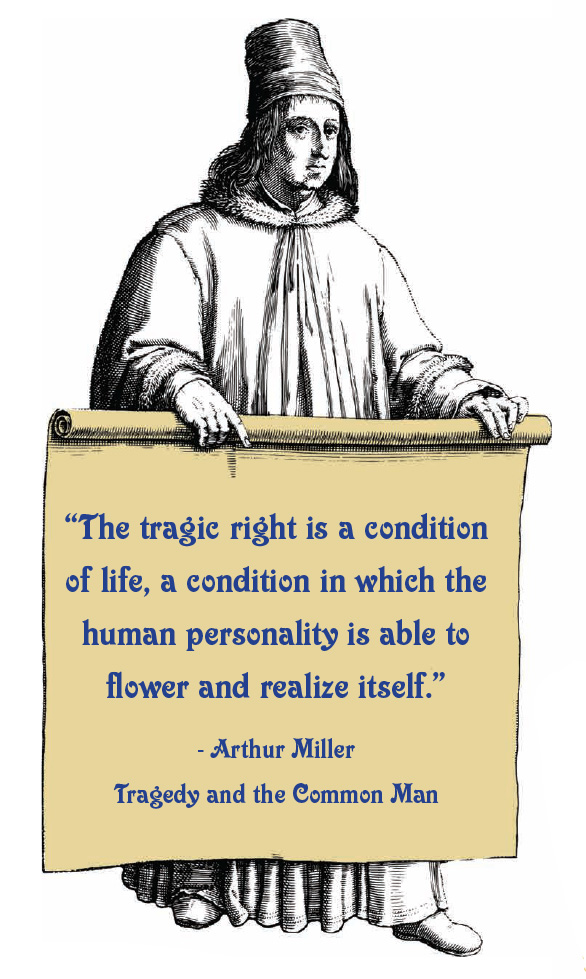 I think there is a certain compassion in this realization that stems from the commonality of the human condition: suffering. Everyone wants to be a hero in their own story, but in our entertainment tragedy is reserved for nobility as if only the blood of kings is fit to boil.
In this day, self-obsessed and detached in so many ways, we forget the pricelessness of our own unique calamity. We’re oft terrible at predicting the extent to which something will alleviate our restlessness or anxiety and race from Amazon delivery to Amazon delivery expecting some reprieve or at the very least a distraction, and in doing so fall into the background of someone else’s coffee shop story. We let the pain on our faces speak to the common observer to tell its own story.

I think the fifteen-seconds-of-fame society suffers from “tip-of-the-iceberg-syndrome”. We see what everyone wants us to see, bombarded by the highlights, the joys, the engagements or weddings, the new baby announcements and the successes, but underneath the shiny surface there is an unspoken existential tragedy burgeoning to escape. The problem is that without seeing it, we believe most people around us have something we want: peace, money, contentment, fun. But if there is anything I know, its that there is no one that avoids the dread and there nothing on this planet that can quell the crisis like the acceptance of this commonality.

Without this realization, that not only does everyone suffer the same but that it is impossible to avoid, we live to avoid the things we think may bring on more tragedy, giving up on our foolish idealism for the comfort of contentment.

The balance between skepticism and romanticism seems to skew more daily. I find myself shying away from any expectation that something great will happen, that life will live up to the movie script ending, out of fear of disappointment, or worse, finding out that I wasn’t worthy of a Spielberg treatment to begin with.

The reality is simpler though; as we age a callous grows around us through conditioning to protect us from the suffering of others, afraid that they’ll take us down with the ship. We stand on the sidelines of our own lives, cautiously watching our own sonder and imagine what it would be like to live someone else’s life.

I often talk about separating your mindset from your emotions, but not because I am strong or smart, but because I realize that we are all weak, fragile beings. That too many downward archs in our story can lead to catalcylsmic failure, challenging if not impossible to recover from. But just because tragedy exists, doesn’t mean we shoulnd’t dream of greatness for ourselves. Hope for the best but expect the worst? Maybe not. I think hope for the best, but prepare yourself for an outcome independent of your own actions.
Hell, the probability that you were even born into this world is 1 in 400 trillion. Thats 4 times more than the number of stars in the universe. The common man isn’t so common after all. You’re a rare specimen, baby! An anomaly. And like the old man outside the coffee shop, you have the most unique life ever lived, wholly encompassed by your tragedy, your triumph, your dreams and your defeats.

And cut everyone else some slack, they’re a miracle too.

Hill Country local real estate agent, investor, entrepreneur, musician and avid day-trader. Interested in all things music, beer and money. Tim runs the Countdown Realty Team with Keller Williams, and is creating a real estate investment fund and investment mentorship. You can find him at one of the many local brewpubs.