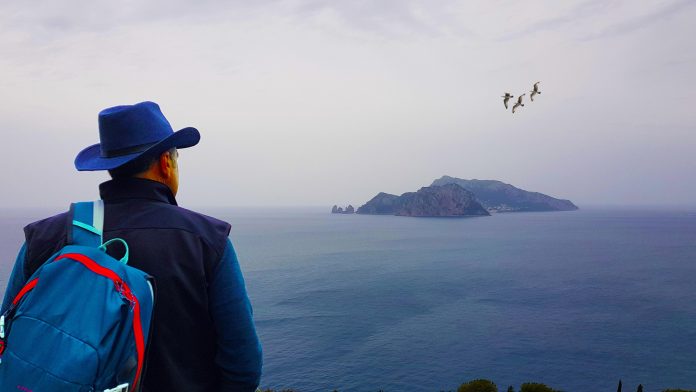 The sky is falling like a 20 ton anvil
and I’m standing under it with the
rubbernecking awe of Wiley Coyote.
Gas price inflates.
Higher interest rates.
High cost of beef and bread.
Higher cost of worry and dread.
For the last two years we’ve pushed the pain of a recession into the future with cheap money and an ambivalence towards intervention. Its a tough call: let the economy fall into a deep hole or make money inexpensive enough to keep life from collapse.

Well, it would appear we’ve reached a reckoning.
While the high cost of living has crept into every facet of life, the worries seem endless and insurmountable yet again. The daily news cycle is filled with red, making headlines read like some dystopian novel of what can go wrong when everything goes wrong.

Pandemic 5.0, climate change, school shootings, rising gas prices, rents going up… The list goes on and on and there is no end in sight. It’s enough to make you question existence altogether, or if everything we’ve worked so hard for will have a place in the future.
I was watching a YouTube video the other day of a guy who goes around asking unsuspecting people their net worth. Typically you’ll see responses from the wealthy upper middle class enjoying their day after a light brunch, temporarily befuddled by the forwardness of the question. They hesitate to give their net worth before abiding and offering an answer like “Somewhere around $5M”. To which the host will ask “That’s awesome, how did you get there?” and they will always respond with “Hard work”.
The old white guys in their Sperry shoes and Sunday best Magellan shirts all nudge each other in awe of the brilliance of the sentiment of “hard work”, leaving out the part about inheriting daddy’s aluminum foil business or some family trust fund.

Ah yes, the American dream. Hard work will make you a millionaire! You’ll work hard for a few years, then buy a home in Florida to retire by the coast. It’s so simple.

“Why didn’t I think of that?” you’ll ask yourself as you cry into your Dollar Tree wine glass.
As soon as the video of the millionaire-next-door finished, another popped up on the same channel, in the same beautiful Florida location. The host rolls down the window to stop a man walking shirtless in the sun to ask “Whats your net worth?”. 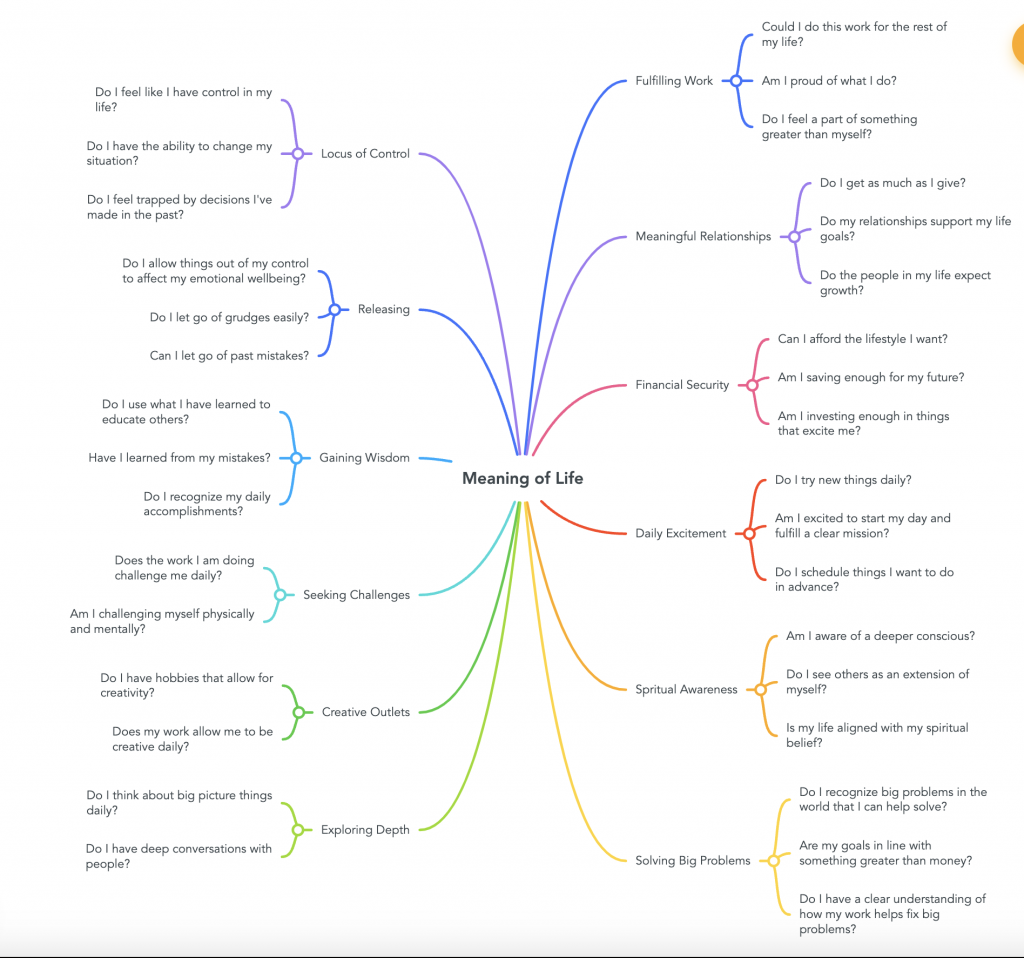 The man hesitates and says “Oh I dont know man. I had a hard time in my career, working as a mason. I worked hard, but couldnt save much. I live on social security. I have about $3,000 in the bank. But you know what I focus on? I go on these walks every day and the sun is shining and I can hear the ocean, I have my health, I talk to my daughter every day and I have food to eat. I dont have much, but I’m happy with what I have.”

At the end of the day, what are riches anyway? A false idol that believes hard work alone can make you wealthy? Or the understanding that wealth is simply needing less than what you are provided?

In these precarious times it’s easy to feel downtrodden; there are so many things out of our control. We want security in a world filled with uncertainty. We want stability while sitting on a rock spinning around the sun at 1,000 miles per hour, hurtling out of control towards an eventual destruction. 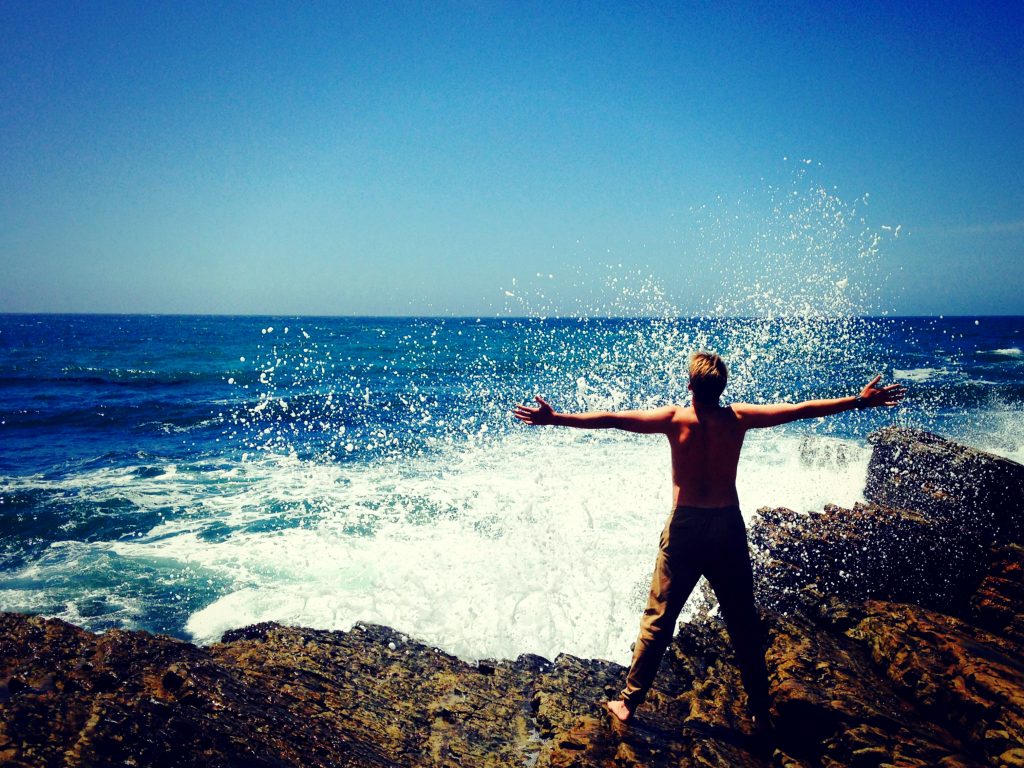 It makes you uncomfortable, doesn’t it?

So what can history tell us about coping with these uncertain times?

For me, nothing soothes the mind like the stoic philosopher and Roman emperor Marcus Aurelius who in his life faced 16 years of plague that wiped out over 7 million of his compatriots, multiple assassination attempts, over a decade of war, the deaths of 9 of his 14 children, and the death of his beloved wife.

The philosopher emperor not only lived by virtue, but experienced every facet of it.

His advice on the matter of dealing with tribulations:
“Do not disturb yourself by thinking of your whole life. Don’t let your thoughts all at once embrace all the various troubles which may … befall you: but on every occasion ask yourself: What is there in this which is intolerable and past bearing? For you will be ashamed to confess. Next, remember that neither the future nor the past pains you, but only the present.”

There are things in life that truly are unbearable or unimaginable to experience: War, death of your children or parents, total isolation or unlawful incarceration. All of these things seem too big to cope with for many of us, though are a daily reality for others. The difference between those that survive and come out stronger has always been and will remain the same: their perspective.

Fear is a self-fulfilling prophecy. Worry is a death sentence.

To this day I still have nightmares that I have forgotten about an AP Calculus test in my high school class, the worry pours over me and I sit there staring at a test full of problems I’ve never seen. I wake up in a panic every time, despite the fact that I got a 98 average in the class. Worry stays with you for a long time, but does it need to?

One of the best stoic practices, as morbid as it seems, is to picture yourself losing the things you love most. For instance, imagine you’re stranded on a deserted island, your spouse is gone, your kids are gone, your money, food, and shelter are no where to be found. For all you know, everyone is dead. It’s just you.

You have a few choices on what you do from here, but most people will probably start with the typical line of grieving a loss: denial, anger, bargaining, depression, acceptance. They’d wander around the island aimlessly in disbelief that they are actually stranded. You’ve probably encountered this feeling when you’ve locked your keys in your car, “I can’t believe this is happening?”

Next you’d get mad, throw some coconuts at a rock, punch a tree breaking your hand, scream at the endless ocean in front of you pissed off that this has to be your life.
You’d start trying to negotiate, with God, with your past transgressions, with your future self for the mistakes you’ve made. “If I can just get off this island, I would never fly Southwest again.”
You’d wallow in self-pity, crying into your sand pillow, barely able to move because you’ve exhausted your energy yelling at the sky.
Finally (if you’ve survived this long) you would accept that you are alone, that this is an island, that you can choose to keep going, to not give up so you can return to the life you had worked so hard to build. “I am stranded. I am lost. But I will make it off this damn island if it’s the last thing I do”.

Now, here is the intersting part.

You’re already on an island, alone in a world filled with unpredictable, unsettling circumstances that owe you absolutely nothing.

The relationships you keep, the money in your bank, the food in your fridge, the very Earth you stand on are all a part of an elaborate scheme of your mind to detect the vibrations of light and sound to keep you alive long enough to procreate and keep your DNA moving throughout the world.

As bizarre as it sounds, your conscious mind is not reality.

So what is there to gain from this absurd practice of letting go of everything you hold dear?

You skip to the end. You accept things as they appear without the rigamarole of self-torture, you see the world as it really is and move through it with ease, you become the island you were stranded on. Wouldn’t you rather be the island?

While we gain nothing from denial, anger, bargaining and depression, acceptance of life’s vicious ways can lead to a freedom from emotion and the courage to take action in our lives. Wasting time whining or feeling sorry for ourselves will get us no where. Action is the prescription for your ailments. Action is the code to success. And ACTION is what makes you strong.

So today, when the headlines bleed “Market crash in-coming! More people dead! Gas prices high!” Stop. Think about what you can do next to protect yourself and even elevate your position. Then take action.

You’re powerful, smart, kind, compassionate and an action taker, but more than anything, you’re an island that will one day be washed into the sea. Don’t let a few waves get in your way.

Reflections: THE SOUND OF SILENCE