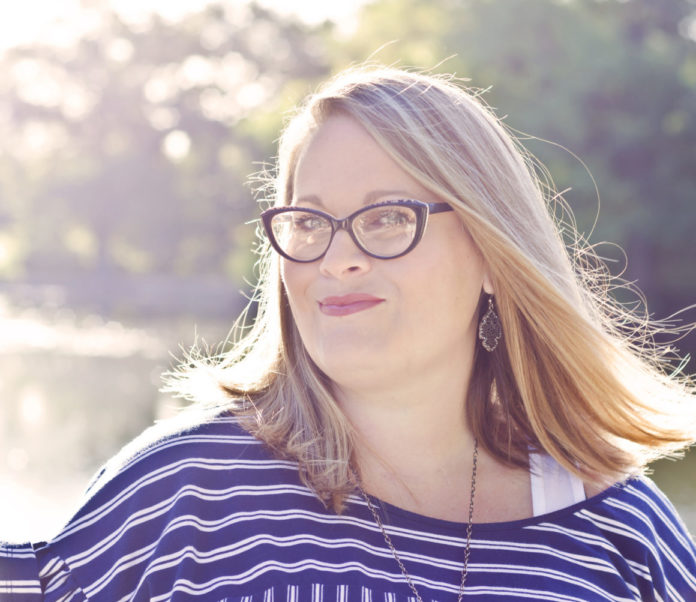 Growing up in a small town where everyone knows your Mom and being the oldest of 3 sisters can have its’ diabolic obstacles. Little did Shanon Collins know, her journey from a youngster in Boerne to a mother, wife and ultimate survivor would be filled with unimaginable consequences.

“I had a pretty normal childhood but was always the kid with broken arms, unexplained illnesses, and unrelenting medical issues. I had Rheumatic fever when I was in the third grade. I didn’t really think about it much when I was younger but essentially I was referred to as the ‘sick child’.”

In 1995 Shanon and her family decided to move to Boerne just before her freshman year of high school. She describes her high school days in Boerne, “There was an innocence about it. My fondest memory was cruising Main Street and knowing what everyone drove and meeting up at one end of town or the other. “

BHS Class of 1999 graduate had a unique social position as she navigated her time in high school, “I never really stuck with one group of friends, I would get to know people and make friends and felt comfortable hanging out with most of the different cliques.” Shanon was the first of her sisters to go through Boerne High School and explore the social construct of being a teenager and a new comer to a small, tight knit community of families. Shanon is proud to reflect and call on the days being raised as the eldest and daughter to a single, working parent.  “I knew I had to step up and help out where I could.” The gleam of dedication to her family radiated from her face as she reflected on days and years passed.  Consequently, as with so many, the idea of what life will look like when we grow up rarely parallels the journey our lives take and leave us with an unexpected outcome. Shanon knows this precipice all too well.

After graduation, Shanon accepted an opportunity to substitute teach and work with children with a variety of disabilities. She recalls, “I just wanted to figure out what I wanted to do with my life but had no idea how important this opportunity would be for me.” During the next 7 years Shanon danced through life with her beaming smile and golden locks. She started dating someone new, was going to college, just started a new job and had an 18 month old daughter. Then something happened that changed the trajectory of Shanon’s outlook on life.  “I went to the Doctor and was misdiagnosed with a sinus infection which actually turned out to be blood clot in my sinuses. I was admitted to the hospital and suffered a stroke from which I lost mobility for a time and subsequently began having seizures. Then 7 months later I was fine. No one had any explanation for what had happened.”

The series of medical events that led to Shanon enduring the unexplainable prompted her to, like most, begin to ponder “Why me?” As a young mother who was beginning to build her life, as many 25 year olds hope to do, she was stunted by what had happened. She was desperately working to manage paying her medical bills, losing her job, parenting her daughter who had been diagnosed with autism, maintaining personal relationships and finding a way to go forward in her life without fear and with unanswered questions. All this was happening to the dismay of doctors who could provide little to know evidence or reason for her history of ailments. “When we go to the doctor and they tell us something is wrong the importance of a diagnosis is so we know how to move forward in life in such a way that avoids any further life forsaking events. I never got that. “

Shanon found her answers elsewhere, “All I could do was look inside myself and know that I was the one responsible for rebuilding my life.” Despite having family near, there were expectations she believes they had no way of understanding were needed to help her pick of the pieces of her life.  Shanon gives a great deal of credit to her boyfriend at the time who helped her with her daughter and made sure that of all people, her daughter was there to see her in the hospital to remind her why she needed and wanted to fight to rebuild her life and self. However, Shanon did not know her journey to true survivorship had yet to reach its pinnacle.

In the midst of gaining momentum in the rebuilding of her life an unexpected reaction to a common cough medicine left Shanon in a coma for 2 weeks in 2013. During this time she suffered a torn trachea, which required invasive surgery and episodes of flat lining. Her future was uncertain, recovery unknown and strength challenged. She had met her ultimate match, but death was not an option.

For Shanon and her family, Thanksgiving that year was a pivotal occasion and came with gifts of immeasurable value. Shanon woke up from her coma and showed signs of improvement and promise. “I remember seeing my Dad there and going in and out.” A gift worth truly being thankful for, not just for Shanon but all who loved and prayed for her recovery.

She knew she had a long road to recovery (again) and support was going to be critical. “My best friend stepped up more than I could have ever expected. She helped with my daughter, driving me to work and to appointments. She went above and beyond and I couldn’t have done it without her.” Tears welled in Shanon’s eyes as she recalled how integral that support was for her and her daughter during a time when she felt helpless.  “I still don’t have answers about why all of that stuff happened to me.” And so continued her journey of discovery and realizing her answers would come in a different form. So she submitted to the effects of her trials and tribulations as they began to give her answers surpassed her medical questions.  Answers that shaped the rebuilding of her life to an extent that exemplify strength, personal insight and gratitude.

Having a daughter with autism is a challenge, but Carter, now 14, has also been Shanon’s saving grace. Carter has a form of autism where functioning is high but communication is limited to nonverbal expression. “She is always there for me and has a great personality despite everything. Yes, there are times when melt downs happen but I know how to approach it because I have taken what I went through and learned what I need to do for her and how to show her my support. I was the sick child who now has a sick child. God had prepared me for this.”

Such a revelation was critical for Shanon’s perseverance and positivity despite the wicked cards life dealt her. It would be easy to assume Shanon has experienced enough in her short life to make her bitter, angry and exhausted, but her outlook is so different than expected. She has learned to live with uncertainty and master the unknown. She has realized that family comes in all forms and often doesn’t know what you need unless you tell them. And most of all, her story has the power to impact others who may be experiencing difficulties with their children, medical issues, personal issues, any struggle, as they all come with an element of not knowing why. Shanon found value in her journey and a desire to share her story with others in hope of helping others. Her advice for others is to recognize asking why can lead to a life of not getting answers, but if you ask how  instead, you will quickly learn the answer is an experience, an adventure of self-exploration and how to get what you want out of life. “Asking how do I do this, or how do I make it better forced me to become the kind of person I wanted to be.”

Shanon now lives in San Antonio with her husband, Carter and step daughter, Lucy. Her outlook on life is ambitious as she has regained her health and sustained it to the extent she can pick up where she was forced to leave off those years ago. She is set to graduate with her Bachelor’s this year and is hopeful about all life has to offer as she and her family look forward to relocating to Ft. Worth later in the year.

“Boerne will always be my home and I know the culture there tends to expect perfection in ourselves and our children, but life is not perfect.” Together we have the power and choice to embrace our struggles and differences with an attitude like Shanon’s. Life is how we make it, even when we don’t know why.