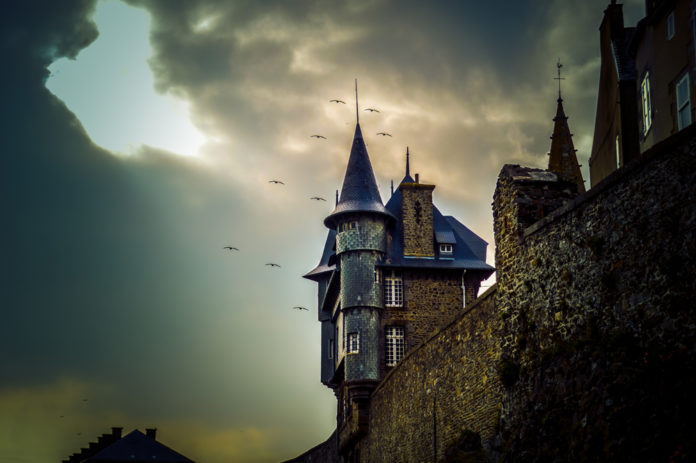 Tom Cruise made this awful movie once called “Interview With a Vampire.” I only went because my favorite band of all time did a cover or the Rolling Stones’ “Sympathy for the Devil” over the end credits.

I really hope Anne Rice got paid well for that. Your soul must have a price, I guess. 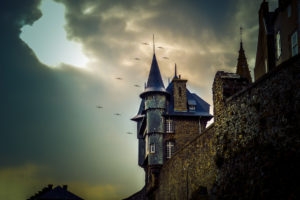 Aside from those awful overdubs of some slacker friend of Axl’s recording over Slash’s guitar solo which officially ended the band for 20 plus years, I remember very little about the movie.

But I do remember this: Brad Pitt was a vampire. Jennifer Aniston’s on again off again companion, Hollywood’s pretty boy at the moment. The dreamboat of every girl I knew at the time. A vicious bloodsucker. The juxtaposition was jarring.

But should it have been? What does a vampire look like? In 1994, I had never thought of such. Too worried thinking about girls and guitars and such like.

In the intervening years, I’ve seen lots of evil, and not in the form I recognized as such.

So the question occurred to me again this morning: have I ever met a vampire? One that just sucks your blood and your essence and your life force?

Of course I have. And so have you. Think about it. There’s a person in your life who always needs a favor. Or two. Or six. Always needs your help. Always requires just a little more of you than it is convenient for you to give.

If you’re a half-decent person, you think, you help them. But it’s a little like JFK’s metaphor for troop shipments to Vietnam: “the effect wears off, and you have to have another.”

Soon, you look up and your entire life is consumed with them. Your spare time is theirs. Your professional life suffers, in some cases. You find yourself alienated from your own family, in extreme situations, because once your patience runs thin with them and you either act out or stand up for yourself, they’ve ingratiated themselves to them and convinced them that you are “the problem.” You find yourself choosing between investing more now that the stakes have been raised or having to define yourself as one who doesn’t keep promises.

They’re never around for you, of course. They’re busy handling their own drama, most of which is self-created. They pat you on the head, but secretly despise any accomplishment you achieve because anything you do devalues them as the arbiter of your own self-worth. Your independence is a threat to their control of you.

These kinds of people are everywhere and everyone encounters them at one time or another.

So as a newly-born positive thinker, I decided to craft a brief instructional tool for how to remove them from your life.

First: stop denying it. If you’re curious about how one sided a thing is, be you for a minute. Say exactly what you think, without concern for how it will make the Count feel. A real friend will hear it for what it is: feelings that need expression. Life is a contact sport, and we bump into each other occasionally. Until we point out that something hurts, even the most sensitive and kind person may not realize what their actions have done to you. We’re all just bumbling around in the dark, anyway.

Not so the vampire. They will take any expression of dissent from the party line as an attack on their character and even their being. They can’t distinguish between “I don’t like it when you do that” and “I don’t like you.” Their fragilities and insecurity makes it impossible to hear that they may have done you wrong.

The death knell rings loud and clear when you go to clear the air and you hear some variation of “that was not my intention.” Now, your feelings are not only invalidated( but the delivery of their intentions are beyond reproach, and you’re to blame for “how you took it.”

I’ve had this happen with “friends” co-workers, my ex-wife, you name it.

A mature person can practice just a hint of empathy and say, “wow, I never meant to come across that way” and adopt a new approach, one that you negotiate and agree upon. An immature person isn’t worth your time.

Second, assuming they pass the first test, watch how they treat other people. If someone is entitled and rude and demanding with others, they will eventually be so with you. You typically don’t notice that in most relationships because we excuse faults in our friends.

I’m not saying anyone who has something critical to say about someone else is a bad person. My sister is an absolute angel and has a biting wit and a sense of humor that will not quit.

But watch for the nuance. Is every thought about that person’s role in my life? Sometimes waitresses suck.  But their suckage isn’t personal. Maybe they’re having a bad day. Maybe their kids are in trouble at school. A charitable explanation every now and then shows that a person has a reservoir of decency to draw on which they can share with you.

I wish I had some golden-tongued quote to make it easy to remember, but recognizing a vampire  from how they treat other people is a little more like blues guitar. You can play the same notes at the same time, but the feel is what sets it apart. It’s really a matter of vibe more than anything else.

There’s a difference between healthy and vigorous self-respect and being hypercritical. The first will keep you from being abused for long. The second, ironically enough, is a sure sign that someone lacks enough respect for themselves to avoid mistreating others.

Third: watch who they want for you to love. The vampire wants you to love them and therm alone. Your interests, your goals, your hopes, your aspirations are all mere distractions from what really matters. They want an undifferentiated union between their desires and you.

Instead, they redirect every conversation about you back to their image of you and how you fit into their schema of life. They can’t be happy for your self-actualization, because it means they have to find another way to fill the void that lies within them. And they are nothing if not lazy.

This remains true even if at the beginning, before you take on their purpose, it was their idea. As soon as you’re more excited about the project than them, it becomes a threat.

A real friend doesn’t do that. A real friend wants you to love not them, but yourself. They understand that you can’t be who you are and their image of you at the same time. True friendship is, as Lewis said, “not affectionate feeling, but a steady wish for the loved person’s ultimate good as far as it can be obtained.”

So there’s your three-step vampire detector test. You are worth more than you think, and life is too short to constantly deal with the same person in a different body.

At root, a vampire is a parasite. They exist to steal your joy, your happiness, your dreams. The problem with parasites is they have a tendency to destroy their hosts as surely as Bela Lugosi did cute blondes in black and white movies from the 1930s.

And who cares? You’re not a vampire hunter. It’s not your job to save the world and fix broken people. It’s your job to love and be loved

Get good at that and be aware of what you’re dealing with at all times and you’ll be fine.