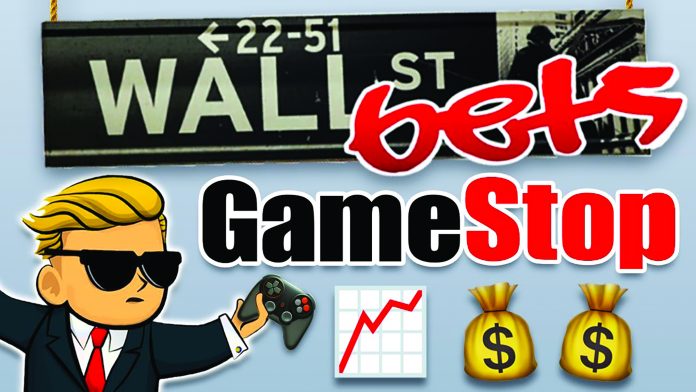 Y You probably didn’t think you’d see the day when Explore Magazine took two whole pages to talk about the stock market– space that could have been used to talk about the history of farm equipment, but when something this strange happens and creates the underdog story of the decade, those old tractors will just have to wait.

What happens when a group of 4 million self-proclaimed autistic, stock-market-gambling degenerates discover one over-leveraged and unscrupulous bully of a hedge fund bet? The epic story may be told to our children’s children for years to come, well beyond the time that Gamestop (GME), the primarily brick-and-mortar video game retailer, can remain solvent and well past the day that Nokia has installed 5G on the moon.

Short selling is when an investor sells a company’s stock with the expectation that when the stock goes down in value, they can buy it back for less, and net the difference.

For a brief period of time, these millennial stimulus check investors on Reddit.com’s now-infamous group “r/wallstreetbets”, made GME stock price rocket to unheard of highs, sending its market cap soaring from $180M to over $22B in what is now the greatest short squeeze of all time: a 2600% increase in just 1 week. Beside exposing some of the worst parts of our corporate oligarchy, and the regulation overreach that favors the rich, this may have unraveled a deeper flaw in the system that will take years to sort out and create more distrust in already shaky territory.
But before we can get into what all that means, we have to understand the chain of events leading up to what is colloquially called “The Big Short Squeeze”, and digress into an assessment of an industry in the throes of a death by a thousand cuts, with ravenous hedge funds waiting to pick the carcass. 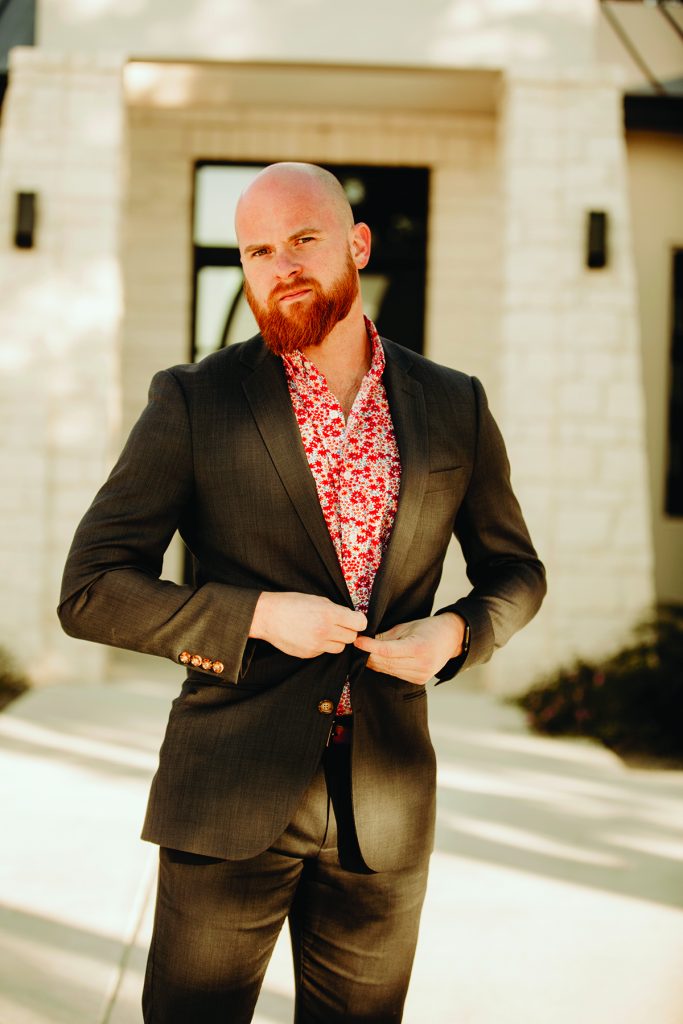 When we first got a Playstation 1 for Christmas in the late 90s and then the Playstation 2 in the early 2000s, the weekends turned from Blockbuster movie rentals to Gamestop video game trips to occupy my brother’s and my time. Tony Hawk’s Pro Skater, Grand Theft Auto and Final Fantasy allowed for endless hours of entertainment in new worlds. Each year the games got more elaborate, with upgraded graphics, more intricate story lines and extensive attention to detail. In addition to the elation of completing a game that takes 40+ hours to finish, there was the prospect of a new game and the venture back to Gamestop for the trade in.

Swapping a used video game at Gamestop was a lot like trading in a car. It never felt like they were giving you the full value they could (usually just about $5-10), but you took it anyway because you cared more about novelty than holding on to something that didn’t serve you anymore. Much like Little Cesar’s $5 hot and ready, video game prices haven’t really changed in twenty years. The going rate for a new game then was about $60, but a used game could run less than half of that. Cheap used games possibly being the only allure of Gamestop was what made our frequent visits fruitful.

This business model for Gamestop of buying a game for $5 and selling it again for $30 worked well for many years. The brand scaled from a locally-owned store in Dallas to a nationally-recognized video game hub, with its enterprise value peaking at $65 per share somewhere around the end of 2007. 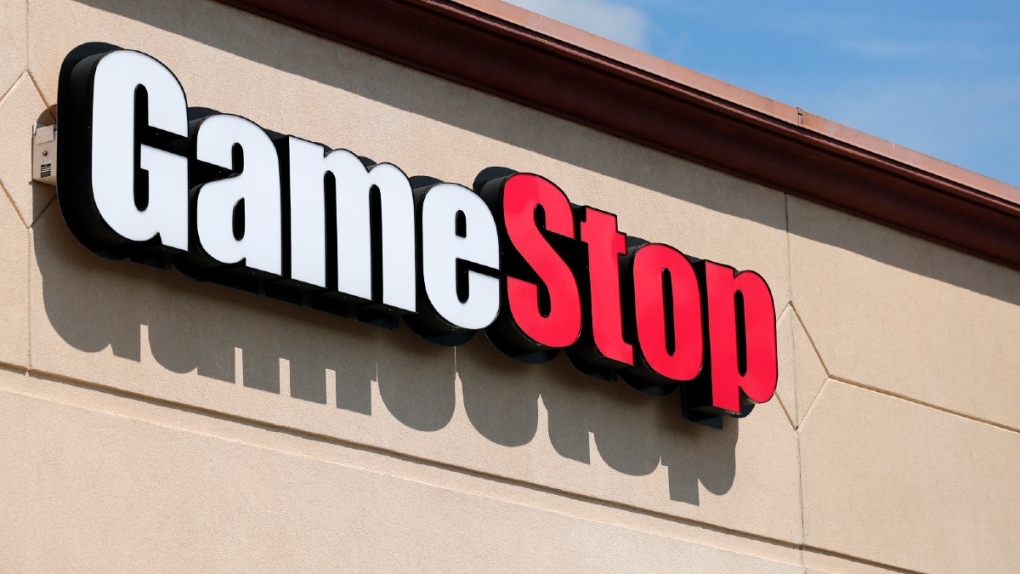 By the time the internet left the days of dial-up and began reaching average speeds in the Megabits per second, video game content quickly transitioned from a hard disc to a digital format. Call of Duty could be played online with dozens of other users, simultaneously. Games could be downloaded directly from Sony, Microsoft or Nintendo, days before they were available in hard copy. This change seemed to be the writing on the wall for stores like Gamestop as their stock price and sales began their slow decline.

Big-box stores started failing, too: JCPenney, Macys, Sears. Soon, other mall-based stores that relied on those anchors soon followed in their demise, making them easy targets for short sellers.

And this is where the story gets interesting.

Short selling is when an investor sells a company’s stock with the expectation that when the stock goes down in value they can buy it back for less and net the difference. This requires the investor to be experienced enough to receive margin (aka debt) from their broker, who borrows the shares from other investors who actually own the share, with the short-seller paying interest. There is nothing patently illegal about this practice, and in fact it has been commonplace going back to the early 19th century. However, in the case of GME and other short targets, the act of short selling can in fact drive the price down like a self-fulfilling prophecy and, despite good fundamentals of the company, take the company out altogether.

Something even more uncouth in this particular situation, however, was the sheer amount of short interest taken out by institutional investors, i.e. hedge funds, on GME in the months preceding the r/wallstreetbets successful short squeeze, led by the reddit user u/DeepF*ckingValue.

Late in 2020, the short interest in GME was a staggering 122% of available shares, making it a prime target for a squeeze and setting the stage for resounding “Screw You” to the hedge funds looking to capitalize on the downfall of a beloved company. While it makes sense to short a company on its inevitable way down, it also makes investors vulnerable to a counter-attack.

As I mentioned previously, the shorted shares are borrowed from investors, then bought back when the price goes down. But what happens when the price doesn’t go down?

When the share price of a stock sold short ascends to a certain level, not only do the investors holding those short shares have to pay interest on their margin debt, there is also the potential that the owners of the shares can call them back; the people who were long on GME could call their brokers and say “Do not lend out my shares to short sellers”, forcing the short investor to pay the new premium of the share and take a massive loss. Stock markets operate like other markets, bound by the laws of supply and demand. When supply is high, the price goes down, but when supply is low (no sellers) the price can be driven up infinitely. This creates the largest amount of risk for a short seller.

The best example of another short squeeze in recent history was Porsche’s acquisition of the majority stake in Volkswagen (VW) in 2009. By buying all VW’s remaining share on the market (especially since those shares were in free-fall due to the global recession), Porsche pushed stock price from $200 per share to close to $1000 per share overnight. In theory, they could have held out forever, creating the “infinity” squeeze and forcing short sellers to fork over unfathomable sums. While the stock price didn’t go to infinity, that year Porsche sold $180M in vehicles–and made fifty times that amount in options trading with close to $10B in gains. While the profits Porsche created with the VW short squeeze were huge, but the amount of short shares in that situation were relatively low compared to the 122% that brokers sold of GME. Which is why when the GME short-squeeze started, the gains exploded to over 2600% at its peak in a single week.

In 2020 Melvin Capital, a New York hedge and now poster child for evil institutional investors, held a whopping $1.3B in short shares on GME, equal to Gamestop’s $1.3B market cap at the end of the fourth quarter 2020. The means that stock brokers allowed Melvin to borrow more money against the downfall of GME than the company’s entire enterprise value. Melvin has since lost more than 50% of their $12B portfolio defending this short position and taking losses, but it is unclear whether or not they have closed out all of their short positions. Total losses from all short sellers thus far are slated to be above $5B, but as of writing this short interest still sits around 43%.

You may ask yourself how it was possible to sell more shares than available. Seems downright dirty for brokers to oversell short stock that they don’t own. Where would the profit come from when the short sellers attempt to buy back in? Who’s money would be lost? What if no one sells?

Ironic as it may be, I must say it felt good to shake things up. The big guys took a hit and potentially realized that technology has not only revolutionized in their favor.

The most irritating part of this ordeal has been seeing the line in sand between institutional investors in bed with the media and retail investors wanting to stick it to the man. For years, institutions and hedge funds have told retail investors they are too stupid, too small, and too poor to manage their own money, know how to trade derivatives, or evaluate companies based on fundamentals. These institution have collected massive fees, manipulated markets to their advantage (employing leverage, high-frequency trading, and front-running orders from retail investors on apps like Robinhood), disseminated false information about companies they have bet against, and allowed regulation to exist that only allows “experienced” investors, (that is, people with over 5 million dollars in liquid assets) to partake in highly profitable investments. Just last year, Citadel was forced to pay $22 million dollars in damages for misleading clients about pricing their trades as the market maker. Companies like this take advantage of their position to profit from their knowledge of their own customers’ trades.

Seeing a company that abuses their own investor’s money take a huge loss by not appreciating the risk they were taking is eye-opening for institutional investors and regulators alike. The “Big Short Squeeze” has freaked out both hedge fund managers and the SEC and prompted action to “protect retail investors from themselves.” Janet Yellen, the former head of the Federal Reserve and President Biden’s Secretary of the Treasury who was paid $700,000 in speaking fees from Citadel last year, has recently said we need to evaluate the situation deeply to understand if more action is necessary to “protect individual investors”, despite the fact that individual investors used their own money (or maybe some Trump stimmy checks) to get the better of a massive fund.

If anything should be done about this situation, it’s to investigate the brokerages like Robinhood that halted trading on WallStreetBets stocks due to “volatility” issues (despite the fact that volatility peaked in March 2020) and limited purchasing of stocks tied to the short squeeze to miniscule amounts, while their crony compadres got to settle their debts at a lower premium. When a market maker like Citadel fronts Melvin capital $300M to pay its interest payment on its short position, it hints at villainy. When Citadel-backed Robinhood halts trading on its most popular stocks in the middle of a sealed victory for the little guy, it reeks of unadulterated, subversive, malevolent corruption.

So down with Robinhood. Down with any company that uses their position of power for evil. Down with thumbs on the scale. Down with squeezing the middle class and the zero-sum game.

Let’s stand for fairness in our markets regardless of net worth. The ones before us came here with nothing in their pockets to build the greatest economy the world has ever seen. Let’s not destroy it with greed, division, and malevolence.

Hill Country local real estate agent, investor, entrepreneur, musician and avid day-trader. Interested in all things music, beer and money. Tim runs the Countdown Realty Team at Keller Williams, is creating a real estate investment fund and investment mentorship. You can find him at one of the many local brewpubs.