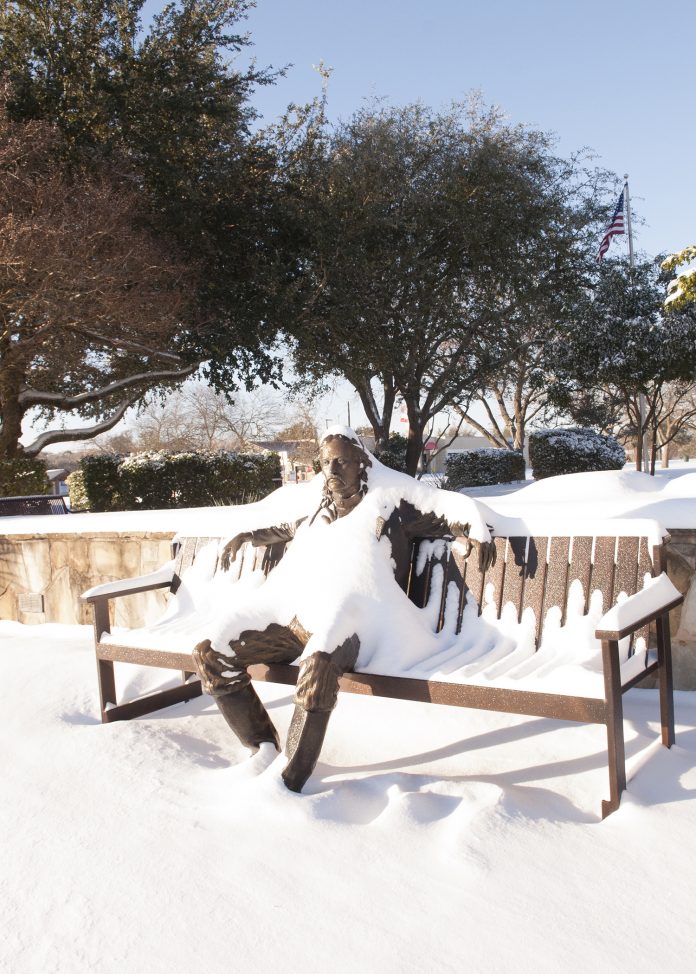 S Snow-vid ’21 was fun, huh? Huddling around your fireplace for warmth, using your phone as a flashlight in the middle of the night, and wearing your snow skiing jacket in your living room…oh, the memories. While we all were pretty darn miserable throughout the experience, we noticed a few really cool things happening locally: neighbors helping neighbors. 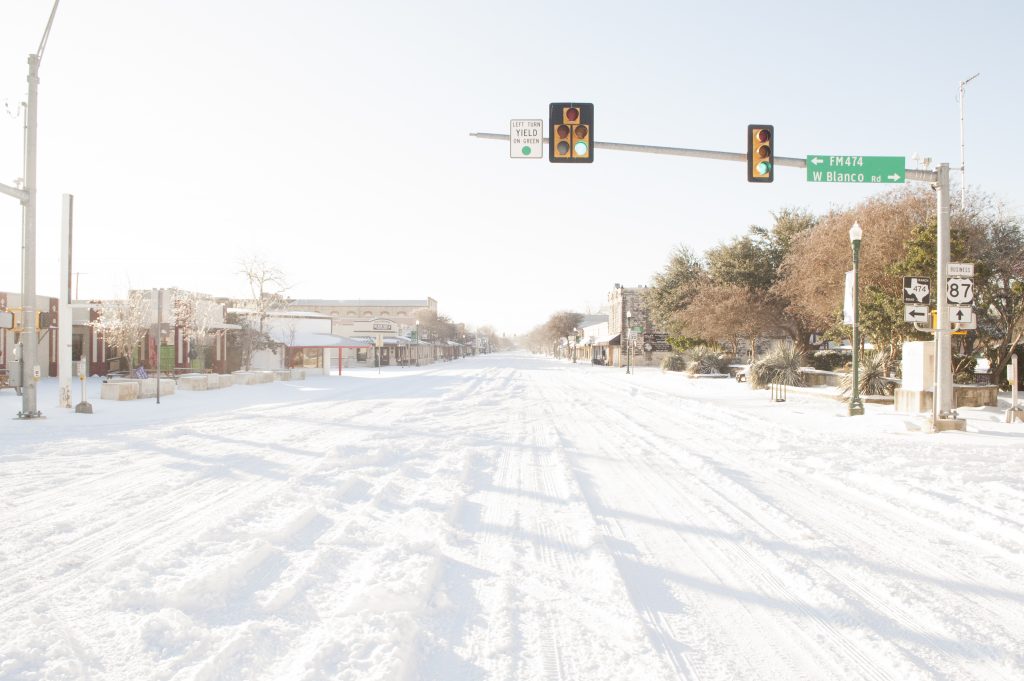 No looting. No violence. No craziness. Just good ol’ fashioned Texans helping one another with a plumbing patch job, or a tow out of a frozen ditch, or just some milk in the morning. We assembled a few of those stories here to serve as a reminder that despite our differences, Texans will always work hard to keep their integrity and just help one another if they can. Enjoy.

“My nephews Connor and Cory Valenzuela along with buddy Jed Marquart made me so proud during this weeks snow storm. When stores were steadily running out of fire wood to keep people warm these boys were being bombarded with calls regarding the firewood they have been selling for a few months now. They were down to completely depleting their stock pile and went out on a snowy cold day to cut and split trailer loads of wood bring to town and make available to the residents of Boerne. For anyone to do this in those frigid driving conditions was unheard of, but these boys really proved that there are still people out there that care and made me so proud!”

“We have been without water since yesterday morning yet my neighbors had water. I tried everything. My next door neighbor came to help with the hair dryer trick (didn’t work). A man in the neighborhood came to help with his heat gun to help thaw our meter. That didn’t help.

I was posting about how upset I was and worried. An angel of a wife commented that her husband was a plumber and he would be happy to answer any questions that we might have.

My husband called Terry at www.trplumbingandwater.com (in Boerne!) and spoke with Mr Terry himself. Mr Terry explained that it wasn’t the meter itself that was frozen but that our walls were cold. He said to crank our heat up to 80 degrees and it WILL heat up the walls. He explained to my husband that to do it now while the sun was out (for a few minutes).

I kid you NOT-within 30 seconds – we had dripping water and then full force water. I told my husband to call Mr T back to tell him the great news but my husband was getting things situated. So I called him myself. I didn’t care that I was crying and full of happy tears. I wanted to let him know what a GOD SEND he was and is. 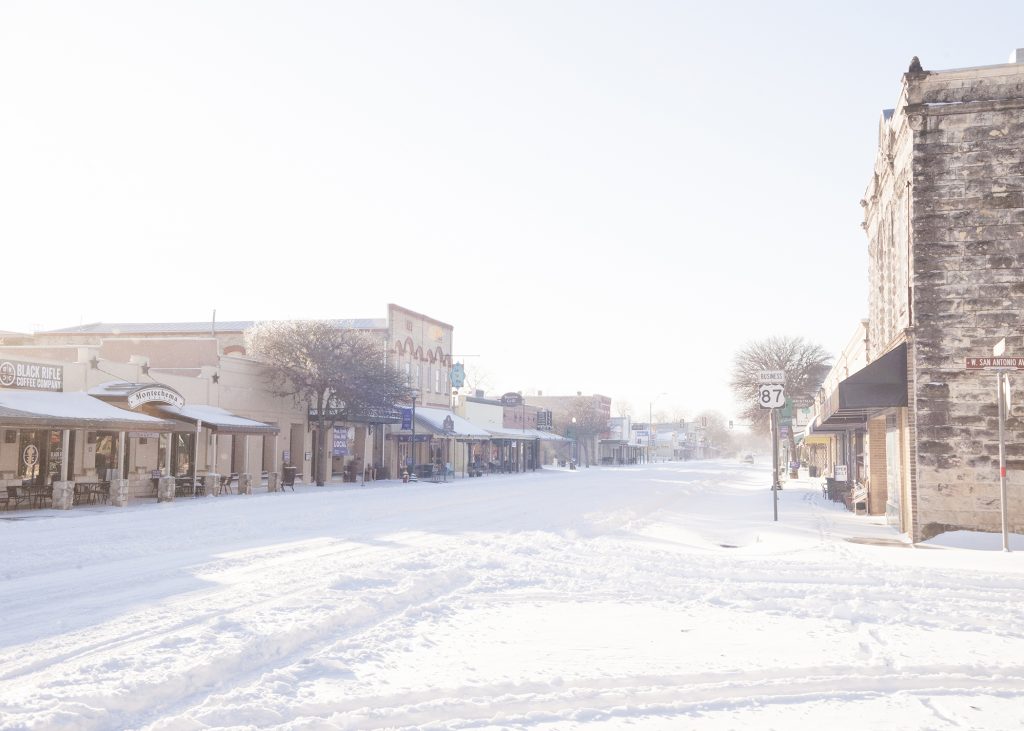 “I advertised on our Nextdoor app that I had eggs available for free. Might as well give them away because they were going to freeze. My hens were laying 14 eggs a day. Had 15 dozen in the fridge on the porch. But in the thick of it, I can’t wash them and I let them know, ‘free eggs, but please wash them I don’t have any water.’
An hour later a neighbor who had water filled my bathtub with water for me. It is wonderful when we all help each other. My hens are still providing eggs for the neighbors due to short supply. We are all helping each other with water issues. I believe this storm in some ways has blessed us as much as cursed us.”

“I’m not much of a religious man, but I am a believer today. The last few days have been a disaster here. No power, heat, water, and when the power came on then pipes started breaking. I put some of my trials and tribulations on Facebook. I had five broken pipes spewing water, two in the walls of my pump house, and two cutoff valves that would not work. This was Thursday with the temperature in the teens, and heavy blowing snow.

Then appears a FB friend and neighbor of mine that lives a couple of miles down the road from me. This man, Russell Rust, said he would like to help. He brought his own tools and some plumbing fittings with him. He was able to cut out and replace one of the cutoff valves that stopped the flow to the well house wall breaks. He then cutoff two other broken pipes and plugged them to stop the flow. The leaks had drained our four-ring water storage tank and the down-hole well pump would not come on due to contacts in the tank being frozen. Russell climbed to the top of the tank, removed the cover and with a stick of PVC broke the ice away from the pump switch so the pump would come on – still blowing snow.

Thanks to this man, who I believe was sent here by Divine intervention, we are comfortable, warm and finally clean. Most people would probably say that an 86 year old man on Hospice Care wasn’t worth the effort, but Russell did. Russell refused any compensation for his efforts. He said he just wanted to help. Russell owns and operates Double R Enterprises. Double R offers a variety of services from roadwork, underground utilities, septic installation, site prep & demolition. If you or anyone you know is in need of these types of services please consider Double R – you will not be disappointed.” 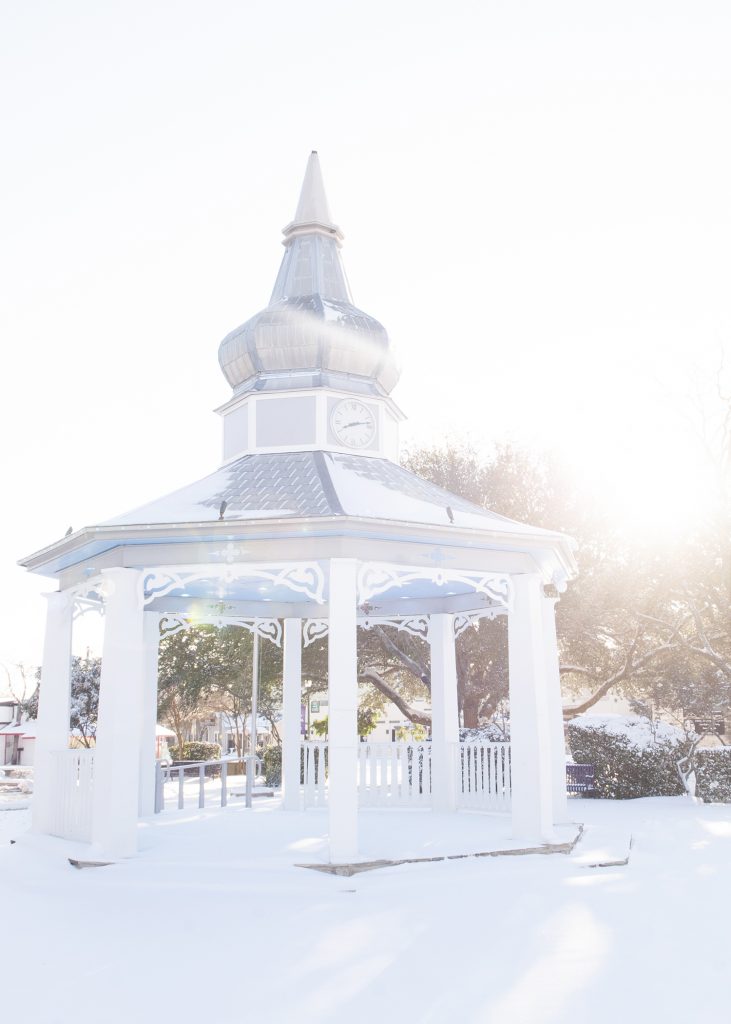 “I have a few things to say this morning.

First off, we live in the best community in the State of Texas I believe. Kendall County is a place full of people reaching out to help their neighbor. Those that know us, we are not usually one to ask for help, we are fixers and doers. People need things or help, we jump in and do what we can, because that’s who we are. But us reaching out and asking for help, is not something we are used to.

During the nine days of being snowed in/iced in a lot of things were happening…like pipes breaking, no electricity, etc.
I can do a lot of things, but plumbing and electrical are not two of them. Just things I never learned. However, we had friends reach out and give us a hand that knew these things and offered to help.

Starting off it was Michael Peese with MAP Water Well Services & Drilling and his wife Christina. Michael gave us suggestions on ways to try and save our pipes and pumps, which we are grateful for. Then when the first pipes busted that we noticed, he helped us acquire the pieces to try and get us water. Although he was slammed, just a phone call was reassuring and his guidance was much appreciated. They were there for us. Shanna Bergmann offered for us to come by to run a load of clothes and for Laurie to get a shower the first day the roads were clear and safe enough to travel. We thank you for that!

Then Collins Martin and Bill Lohrke came by and worked in the frigid temps replacing pipes from the storage tank to the booster pump…Again, we can’t begin to tell you how wonderful it is to have friends step up and help you out. Then the hunt for other pipes that were frozen to try and get water to the house. After a while, we determined that it was just time that we needed…and warm weather. We knew the main shut-off valve from the booster tank to the house was leaking and needed replacing, but wanted to wait for a little more thaw before that was replaced. But Michael had one and got the valve to us in case we could get it done.

Collins comes out and drops off some propane bottles to give us heat for the well and pipes plus some water bottles. Bill shows up with buckets of PVC parts and fittings to get the job done!
The sun came out and we started to hear water coming out of the faucets…yay, the ice had started melting in the pipes and water was flowing into the house…then we hear more water running…that wasn’t supposed to be… turns out some hose bibbs were busted and water was spewing out. Parts as many of you know were really scarce…

After my post about that yesterday morning, Russell Rust with Double R Enterprise said he would stop by and see if he could fix that hose bibb, he had one on the truck and was passing by headed to another job in the area. Well..not only did he fix that, but also replaced the main water valve by the booster tank! We have water again and fixed the leaks we knew about!

The outpouring of friends offering parts and help to get us going was humbling to say the least. Folks, we can’t begin to tell you how thankful we are to call these people our friends along with the many others who have offered and helped in our community. We do live in the greatest state and the best community with people helping their neighbors. People stepping up to help others. That’s what Texans do.

Hopefully we can do something for them that we are capable of to help them out one day to return the favors and pay it forward. So honored to call these people our friends! Thank you!!! #TexasStrong”