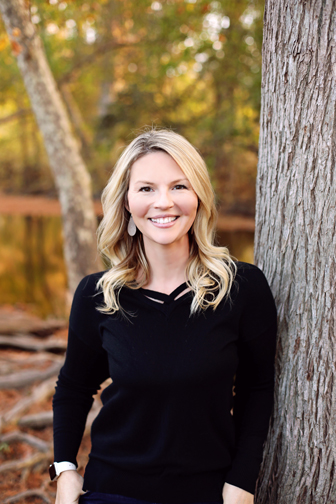 SSouthern California is the host of bountiful beauty from crystal blue waves, snowy mountain tops, towering trees to glittering sunshine. It only makes sense for the colossal personalities and magnetic smiles of John and Katie Miller to have been in the epic company of nature’s beauty icons. At the young age of 16 John and Katie began their adventure together as high school sweethearts in Lake Arrowhead, California. 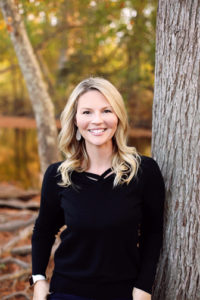 Katie’s kind, sweet spirit and captivating grace delicately complimented John’s commitment to living life to the fullest and being the embodiment of joy. Their smiles lit up every room in every corner of every place they were together. Before long, just after turning 21, Katie and John got married and began to peer into their future with hopefulness and enthusiasm. Family soon convinced them to move to Texas and join the gold rush of real estate in the Hill Country. John and Katie worked with family to build luxury, custom homes and before long Silverleaf Custom Homes would make its mark on the development of Leon Springs and The Dominion. Elated with their professional success, thoughts of starting a family filled their hearts and in 2008, John and Katie welcomed to the world their first child, Blake. Having a son was an experience John approached with excitement and elation, and after 3 years of frolicking through parenthood, John and Katie added a second bouncing baby boy, Cody, to their family.

Having a family took priority for both Katie and John, however John worked endlessly to build their family business and Katie juggled building her interior design business, working together on projects with John while also sourcing her own customers. Texas quickly became their forever home and the trajectory of their lives appeared full of endless bounty and possibility. Being close to family afforded opportunities for the growing Miller family to continue to intertwine and support one another at each and every turn.

Then on September 13, 2012, driving in the rain on his motorcycle, darkness shrouded the earth as it seemed to stop in its tracks as John’s life was taken from him and those who loved him, unexpectedly and tragically. After a night of immense worry, the morning of September 14 peaked and Katie’s concern escalated. Calling all John’s friends and anyone who may know of his whereabouts, “Someone suggested I call the morgue, so I did and I remember the lady asking if John had any tattoos and I said yes and described them to her.” To come were fateful, and poorly chosen words, “Oooh,” the lady said regretfully, “No one’s told you.”

Katie recalled hanging up the phone and calling her family immediately to come to her house. It wasn’t long before a deputy from the sheriff’s office rang her doorbell and cautiously began to reveal details leading them to believe John had lost his life. “They just kept saying they couldn’t really confirm it was him but they had his wallet with his ID in it. I couldn’t stop thinking ‘just get out of my house, just get out of my house!’” Her children at school and surrounded by her mother, sister and step father, Katie’s world  as she knew it crumbled around her in a puddle of anguish and tears, “What am I supposed to do now?”

Blake was 4 and Cody was just over a year old, their joint business and livelihood and new house all became her sole responsibility. With a broken heart, swallowed in despair, Katie couldn’t help but wonder if John was okay, “I remember just wanting to know if he was okay and what happened to him. I needed answers. I obviously couldn’t sleep so I started reading everything I could find that I thought might give me what I was looking for. I think I read 4 or 5 books in like 7 days.” On a mission, amidst her reading and with the perpetual support of her family, Katie began to gain her strength. She instinctively relied on her ‘fix it’ perspective and engaged in the arduous process of healing. 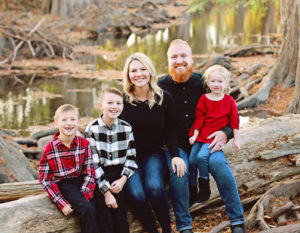 For anyone who has lost their spouse unexpectedly, there are no words, books, podcasts, bottles of wine that can truly fix the disrepair of losing your loved one, but Katie found what worked for her. “When I found peace with knowing John was in a good place it seemed easier to do other things we need to in order to heal. I got Blake in therapy and I started therapy. I kept reading and spent as much time as I could with a friend of mine, who also happened to be a therapist. She let me be me without judgment and feeling like there was a time limit on moving forward with my life. I began to believe everything that happened was a part of a bigger plan.” What that plan was, Katie didn’t know, but her faith slowly began to augment her sense resilience and fortitude. As for Katie and many others, moving forward is something widows and widowers struggle with for a variety of reasons; fear of judgement, feelings of guilt, fear of the unknown to name a few. With an air of recollected determination Katie revealed, “I was the one still here, who had to move forward and knew I couldn’t if I was sad all the time.”

As a 29 year old, stunning, successful woman and mother, Katie worked deliberately to put one foot in front of the other and press forward with rebuilding her life and exploring the bigger plan for her and her boys. “I had been with John for so long, I was used to being with someone, being someone’s wife and I knew at some point I wanted that again.” Obviously, wanting to get married is one thing, finding someone who is right and enduring the dating process after 10 years in a committed relationship is a whole other ball of wax. “Those months after John died felt like decades; to go from married for that long to being on my own and alone was really hard”. The logical next steps were clear and gearing up to put herself out there and begin the dating process was often overwhelming. Katie remembers re-entering the dating scene, “I worried people would think by starting to date that I didn’t love John or miss him or that I was being disrespectful to his memory. Then I thought in context of the bigger plan and knew John would want me to find someone for me and for our boys.” Her commitment to moving forward while still honoring her late husband was an effort in resilience, strength and poise. After a couple years of dating trial and error and a lot of laughs, her best friend turned into her match maker. “I was at my best friend’s house and happened to meet her neighbors, one of which was Matt, and the rest is kind of history.” Matt Pickering met Katie and the spark was undeniable. “I always felt obligated to tell guys right off the bat what my situation was and I feel like it was a lot of baggage for anyone,” but Matt never blinked an eye and quickly demonstrated his divine place in the lives of Katie, Blake and Cody.  In 2014, Matt and Katie joined their hearts, lives and families before welcoming baby Ella soon thereafter.

Katie’s story of tragedy has taken a fairytale spin and continues to be peppered with opportunities for learning and personal growth.  “One of the hardest things to do is finding the balance of honoring John and living in the present. I still work on this and try to take opportunities, when appropriate, to talk to the boys about their Daddy in heaven.” When asked what advice she would have given herself 6 years ago based on what she knows now, she responded deliberately and convinced, “I went to therapy for about a year and a half. I knew I needed it and a lot of people don’t get what they need to out of it because the first therapist you go to just may not be the one you need to accomplish your goals. I tried 2 or 3 therapists before I found the one I felt worked best with me.”  Overcoming and promoting the efficacy of quality psychotherapy is under-celebrated. Katie’s message of therapeutic benefits ring in tune with her understanding other lessons she has learned while navigating her journey. “I would also tell myself to be patient and give myself a break,” then a reflective pause and she continued, “Even now I still deal with stuff, it never goes away.”

For others who face similar struggles, Katie provides a gentle and kind reminder, “Listen to the people around you, who know and really love you instead of worrying about those outside your circle and what they say or think.” Enduring a traumatic event requires the unique healing of the individual who it effects. For those wanting to support a victim of unexpected tragedy, pity can quickly become a nuisance when one is challenged with repairing a broken heart and redefining what to expect from life. Nothing about life is guaranteed and Katie’s story reminds us how the symphony of moments in perfect harmony that can bring us both sorrow and joy, each unique to a bigger plan.