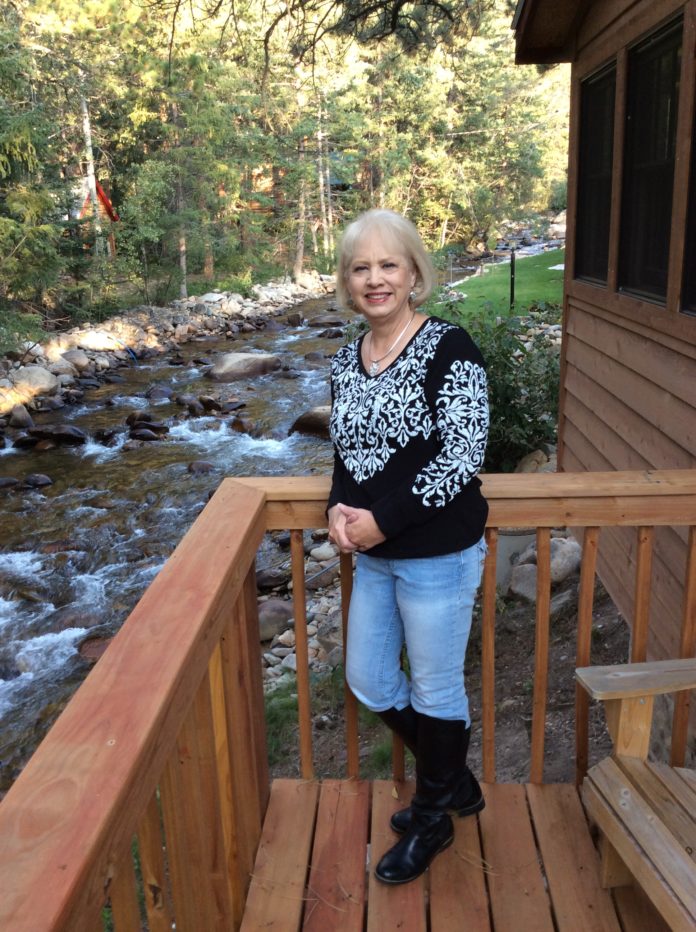 TThe unpredictable adventures of step parenting are often glazed with overwhelming hurdles and surreal expectations. I would dare guess that at least half of children today are living in blended homes bouncing through the effects they experience as their biological parents and step parents do their best to manage co-parenting all while coping with emotions of past relationships, bitter divorces, civil divorces, new marriages, new influences and uncharted territory.

No matter how many step children or marriages one experiences, no two are the same. Gwen Janes will be the first to tell you. In her early 20’s she first married her first husband and began learning and living life as a business owner, new wife and step parent. She took on this charge with confidence and excitement as she does most anything. Parenting came naturally as it does for many, however the hurdle of navigating co-parenting with an ex-wife who wasn’t her biggest fan was a challenge that would prime her for future endeavors.

Something about being the new wife incites disdain in the wife before to which many of my readers can attest. This is not always the case, though I am sure there are rare scenarios where everyone gets along swimmingly and no one feels or speaks sharply of any other member of the co-parenting team to which they belong. Anyone who has experienced this utopian scenario is encouraged to thank their lucky stars. Needless to say, at no fault of her own, Gwen was villainized for a time in her first step parenting experience despite her dedication to nurture, provide, guide and love her step children, “It wasn’t till years later that finally she told me thank you for being good to her kids and that made me feel good.”

Many years later, Gwen found herself in a new relationship, after an unexpected divorce, with someone who had children and was rebuilding his life after a sticky divorce, to say the least, “I knew Rick for years ‘cause he sold us food for the restaurant but we didn’t start dating until 1998.” She continued, “I knew he had kids, all girls and that the youngest 17 or 18.”

Gwen recalls red flags early in the relationship, “I knew something wasn’t right because Rick seemed to be cut out of his child’s life after he and I started seeing each other.” There wasn’t much question about whether or not the child’s other biological parent was going to take on co-parenting with ease and in continued conversation deduced Gwen harkening back to feelings of persecution and villianization by the child. “There was time when she flat out accused us of having an affair. She was hesitant to spend any time around me or her Dad and when she did I felt like it was forced and she was out to prove something. I couldn’t understand it for a long time and it was painful a lot of times.” When prodded further, Gwen dug a bit deeper, “We did not begin our relationship with an affair but no matter what we said it didn’t seem to sway her feelings and actions, particularly, toward me. It was like she wasn’t being allowed or encouraged to like me, in fact it felt like the exact opposite.” Gwen remembered many times when she would make an effort to bond and allow the young lady to try and get to know her. They would go shopping, be invited to family events, encouraged to spend time with her Dad and mostly ask questions to better understand what her husband’s daughter was feeling. Gwen is quite obviously a “fixer”, she has a solution for everything and will stop at nothing to help anyone she feels would benefit from her involvement but no matter what she did she constantly felt backlash, “I felt very early on that Rick’s ex-wife’s priority was not co-parenting and that we were not going to all be friends and have shared holidays together. I actually felt like I was being punished for something I never did and what I did do to support and show love to her daughter was not welcomed.” 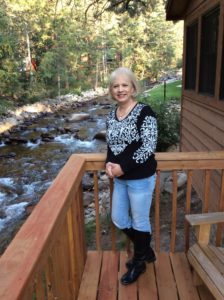 Gwen had been villainized and was caught in a web of a promising marriage with a difficult path of following her heart and avoiding unwarranted hurt. “Rick and his daughter began to see less and less of each other and when we tried there was an excuse or plans that prevented her from spending holidays and stuff together… for like 15 years!” Admittedly, Gwen nor her husband knew how to rectify the situation but they did in time realize the influence Gwen’s step-daughters biological mother had on her and it was one she nor Rick knew how to overcome. They did what they knew to and after so many years of trying to be involved in her life they reached a point where they felt like giving up. “We just thought whenever she wanted us she would come to us, but other than that we were going to quit investing in trying to make it into something other than what it had been for so long.” This decision most definitely was felt by Rick’s daughter, as noted was later revealed to Gwen and Rick in conversation with her. Retrospect was not enough as years had gone by and Rick’s relationship with his daughter had suffered severely at the hands of others and Gwen had been robbed of building any relationship with Rick’s youngest. “We believed we knew that your actions were driven by someone else because you were all she had at the time.”

Unlike many, Gwen and Rick’s marriage is a testimony to overcoming the challenges of an uncooperative ex and conflicted child, “We communicate, we talk about everything until we both feel somewhat at ease. We were able to agree on how to move ahead and not let what was going on, that we could not control, take away from how our relationship worked.” Communication in relationships is an evolutionary skill untapped and undervalued by many couples, let alone in the face of a divided family with a child caught in the middle. Needless to say, Gwen’s confession about her own and Rick’s ability to not let the negative forces outside their relationship penetrate their relationship is a TED Talk waiting to happen. Nevertheless, they kept an open dialogue and unwavering support for one another that to this day is an example for many.

As you may imagine, giving up on Rick’s daughter posed an internal battle of its own. Gwen and Rick both are pillars of love and generosity but for the sake of self-preservation they continued to sit on their hands. But there were times of need (college student style) when Rick’s daughter would seemingly and reluctantly engage with Gwen, “ I remember I took her shopping one time and she said, ‘ You know I can’t tell my mom you bought these clothes for me, right?’ and that is one thing that has always stuck with me as hurting the most.” From then on giving up was the course of action. “ I felt so guilty even thinking about giving up on her or even stepping back, ” but Gwen could only do so much.

After nearly 15 years of discord, Gwen recounts a time when she was with Rick’s elderly mother, who had a bit of an ornery side, but quietly and confidently confided in Gwen, “I pray for Rick’s daughter every day. Don’t give up on her.” In tears, Gwen said that’s just what she did. Relying on her faith which has always been a source of strength and provision, she too prayed and didn’t give up.

Blending families and figuring out how to ease emotions felt by all those involved is a formula yet to be proven. Yet, it is one that so many of us face. No two situations are alike, so reading parenting blogs and self-help books can easily fall on deaf ears and chaliced hearts. Gwen let go and let God, but that doesn’t work for everyone. However, I can tell you as an experienced professional in human behavior, giving up doesn’t either. There is great benefit in demonstrating to our children the power of persistence in love and overcoming interpersonal adversity no matter how long it takes. Gwen and Rick were challenged to give up on someone who needed their love the most. I am eternally grateful they didn’t.